Quartzy co-founder Adam Regelmann is an MD-PhD. He bypassed a career in gastroenterology to launch Quartzy with Columbia colleague Jayant Kulkarni. Each week Adam answers five questions about science, medicine, and pop-culture.

If you were stranded on an island or at sea with only beer, would it be better to drink it or nothing at all?

Alcohol has a diuretic effect, but beer has a very low percentage of alcohol: 5-9%. And as you become more dehydrated, the amount of antidiuretic hormone your body secretes goes way up to help you retain water. So if you drink a beer, the amount of inhibition probably will not be enough to overwhelm the effects of antidiuretic hormone. Also, if you drink it slowly, your liver can process the alcohol. So if you drink one beer over an hour, your liver can take care of all the alcohol, and you get the water without the diuretic effect. So, yes, you could survive on beer. If you only have vodka, however, you’d have to drink it very slowly. If you’re somewhere hot, what you could do is let the vodka sit in the glass, the alcohol evaporates, and then you drink it.

Cleanses and fasts are trendy. Are they truly beneficial?

I don’t know if they do anything. They probably don’t do harm, but they’re of questionable benefit, as well. They might also mess with your gut microbiome. Personally, I’m skeptical of any benefits.

What causes motion sickness? Are there preventions or cures?

There are many stimuli that help with your body’s ability to understand where it is in space: your vision, your proprioception, and your vestibular system. The vestibular system basically measures the acceleration or deceleration of your head in space. Motion sickness occurs when a conflict occurs between the stimuli that tell your body where it is in space. It’s also most frequently associated with passive motion vs. active motion. As a car driver, you’re thinking “I need to make a turn now,” you touch the wheel, and the car does what you want it to. As a passenger, the car might do something you’re not anticipating, which is why passengers typically get car sick rather than drivers.

There are drugs (scopolamine, Dramamine) that can help prevent motion sickness. I don’t know how exactly they work, but I know that they don’t work very well if you take them after you get motion sick. Other treatments to help if you’re motion sick, say, on a boat, is trying to reduce the conflict between your vestibular system and your vision system. Looking out to the horizon helps your visual system and vestibular system sync up. Going down into the cabin increases the conflict because the room is staying still visually, but your vestibular system is registering acceleration as you bob up and down.

There’s a big difference between Neosporin and Vaseline. Neosporin contains three antibiotics: bacitracin, neomycin, and polymyxin B. These are antibiotics that you can’t really take orally due to toxicity, but they’re great at killing bacteria. It’s good at preventing infection while the wound heals. Vaseline alone might help if you’re trying to keep skin from sticking to a bandage or dressing, but adding these topical antibiotics will definitely help prevent infection.

If you think you’re getting sick, what’s the best thing you can do to prevent it?

Liquids. Rest. That’s really it. The virus will run its course. By the time you feel sick, you generally can’t prevent the sickness. There are some exceptions. If it’s actually influenza, and you know that by the symptoms—fever over 101 degrees, cough/upper respiratory infection symptoms, and it’s during flu season—then you can take Tamiflu. But you have a very short window. It has to be taken within 72 hours or symptom onset. That can shorten a flu. The best thing to do is get a flu shot. According to the CDC, everyone should get a flu shot unless you’re under six months old. If you think you’re getting a cold, you just deal with the cold. Keep your hands clean, drink fluids, get some rest. 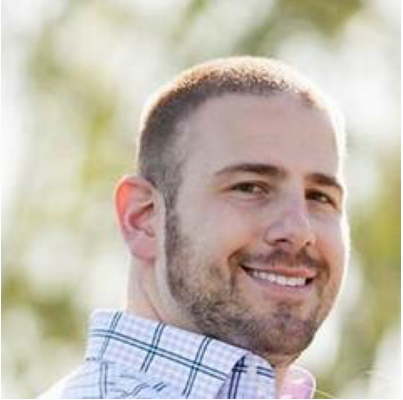 Greg has a BA from Stanford (English/Football) and MS from Oregon (Journalism). He's our Director of Marketing and Pastries.