Biomedical engineering is a highly interdisciplinary field that integrates knowledge from physics and chemistry to solve biological problems. Although it is becoming an extremely popular field and biomedical jobs are expected to increase substantially, due to its diverse research topics, many people do not fully understand what it comprises. This article is part of a series that explains the various subject matters within biomedical engineering. Through this series, I hope to improve public understanding of this field, and potentially help students who are choosing majors and contemplating graduate education make their decisions. This spotlight is on bioimaging.

Bioimaging refers to the application of imaging techniques in biology. There are various types of imaging techniques, each with their own strengths and weaknesses. In biology, fluorescence imaging is commonly used to observe concentration differences in substances of interest such as calcium, which is an important second messenger in cell signaling. Methods such as magnetic resonance imaging (MRI), ultrasound imaging, and X-ray imaging—e.g. computed tomography (CT)—are non-invasive methods to image organs for disease detection.

What are the mechanisms in some bioimaging techniques?

Calcium is one of the most important ions of interest in cells. Changes in cytosolic calcium levels are known to affect activities such as synaptic transmission in neurons and muscular contractions. Due to their importance, a variety of fluorescent calcium indicators have been developed. One of the most widely used indicators is fluo-4, which exhibits fluorescence increase upon calcium binding. Neuroscientists have also developed genetic fluorescence indicators of calcium, such as the GCaMP family. This technology has facilitated in vivo calcium imaging in animals, and can be used in conjunction with optogenetics tools.

MRI uses strong external magnetics to align the nuclei of atoms (usually hydrogen atoms, which are abundant) in the body. A varying magnetic field causes the atoms to spin—a process known as nuclear magnetic resonance. Due to varying content of hydrogen in different bodily parts, contrasts can be seen from MRI images.

Functional magnetic resonance imaging (fMRI) has been used intensively for studying neural activities. For instance, when subjects perform certain tasks, MRI machines can be used to detect neural activities to understand the relationship between a certain task and brain structure/anatomy. While powerful, this type of study has received criticism for factors such as ignoring that, essentially, MRI is imaging blood flow in the brain, not neural activity. And greater blood flow might not necessarily mean greater activity at the brain region. There is also a recent study suggesting that, due to computation errors in fMRI software, many findings from this type of study might become invalidated.

Ultrasound imaging uses piezoelectric transducers to produce sound waves greater than 20 kHz for imaging. Sound waves are emitted into bodily tissues, and their echoes are detected to a transducer. As different tissues have different compositions, image contrasts can be formed. This method is noninvasive and can produce real-time images. It is also considered safer than X-ray CT scans. However, it is generally only suitable for soft tissues, and not hard tissues such as bone. Ultrasound is commonly used to monitor fetal development during pregnancy.

What is the future of bioimaging?

Imaging techniques using light, magnetic fields, and ultrasound are finding uses as neural stimulatory tools. Furthermore, due to distinct strengths and weakness of different imaging modalities, there are now attempts to integrate or combine different modalities together to provide a more rigorous understanding of physiology and disease development. In addition, computational signal processing—which is highly complementary to imaging to provide better quality images and real-time images to guide diagnosis and decisions—is also an increasingly popular field. The Singapore Bioimaging Consortium organized the first Tropical School of Bioimaging in 2015 for students to learn various bioimaging techniques, alongside some experimental work. 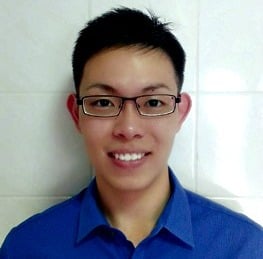 Andy Tay is a graduate student in the University of California, Los Angeles and an instructor in the National University of Singapore. His research focuses on magnetic neural stimulation and magnetotactic bacteria. He enjoys science communication and using the gym in his free time.

see all
Previous Post Tincalconite: 'It's on the glassware, you boron'
Next Post What it means to do cognitive science research
support@quartzy.com
1-855-QUARTZY