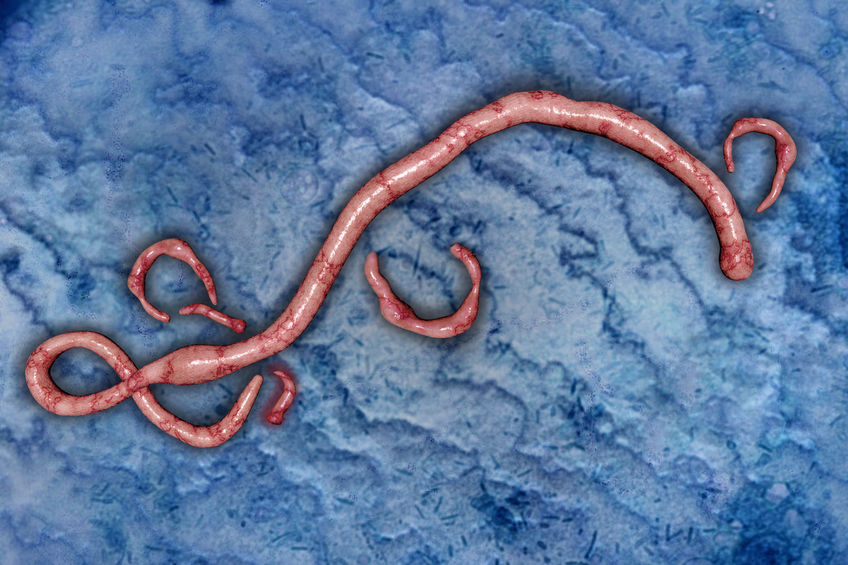 A few weeks ago, the World Health Organization (WHO) was notified by the Democratic Republic of Congo’s Ministry of Health (MoH) of a small outbreak of Ebola virus disease in the northern Bas Uele Province. Of the nine suspected cases, three had died and an RT-PCR-based test established the presence of Ebola in one of these patients (other samples were awaiting testing). Detection of this small outbreak set into motion a public health response coordinated by the MoH and assisted by the WHO and the Global Outbreak Alert and Response Network (GOARN).

During outbreaks, time is of the essence. Rapid and accurate diagnosis ensures timely treatment and can aid in slowing epidemic spread of the disease as health officials are better able to track down contacts of the infected individual and halt further transmission.

In the case of Ebola, or with other highly virulent infectious diseases, delays in implementing a public health response costs lives. The 2014 West Africa Ebola outbreak grew to nearly 29,000 suspected cases and more than 11,000 deaths. In the aftermath, many pointed to the slow response of the WHO and other international organizations, as well as failed political leadership in some of the affected countries, as major causes of the massive scale of the outbreak.

In response to this criticism, the WHO convened the Ebola Interim Assessment Panel with the task of recommending changes for a more rapid, better coordinated, and effective public health response to future outbreaks. Part of their recommendations was a call for accelerated research and development of point-of-care diagnostics, vaccines, and other therapies, and the use of GPS and other innovative technologies that could help track disease spread and coordinate more effective responses.

Two recent research advances may dramatically change how we respond to future outbreaks of this devastating disease. Firstly, an Ebola vaccine has been developed and field tests suggest that it provides nearly 100% protection from the virus. DRC health officials recently approved the use of the new vaccine, but given the limited scale of the outbreak, it remains unclear if the vaccine will be deployed. Secondly, there may have just been a major breakthrough in the development of a cheap and easy to use point-of-care diagnostic tool.

Outbreaks of Ebola often occur in remote regions, far from the research centers or hospitals where diagnostic equipment is located. Additionally, the diagnostic equipment is often quite expensive, and sample testing must be carried out by experts. Both patient care and the public health response would be improved by point-of-care testing, especially if test kits were easy to use.

Research led by James Collins and Feng Zhang at the Broad Institute suggests we may be a step closer to cheap and reliable point-of-care diagnostics for Ebola, and other infectious diseases. The team has successfully used a variant of the CRISPR system to develop an inexpensive and simple diagnostic tool that can accurately identify very small amounts of DNA or RNA in a sample.

You have undoubtedly heard of the CRISPR-Cas9 system, which has emerged as an incredibly powerful tool for editing genomes. The new diagnostic tool, which the team has called SHERLOCK (for Specific High sensitivity Enzymatic Reporter unLOCKing) detects specific sequences of RNA—not DNA as in the CRISPR-Cas9 system—and uses the enzyme Cas13a to cut the target RNA when it is recognized. The system works because once activated, Cas13a cuts other surrounding RNAs in addition to the target. Put in some RNA tagged with a fluorescent reporter and voila! The original report showed that the test was able to detect attomolar concentrations of RNA in samples. The test can be easily adapted for detection of DNA.

With an eye on developing a point-of-care diagnostic system, the research team used isothermal recombinase polymerase amplification methods and also showed that the reagents used in the test can be stored for long periods and easily reconstituted in field settings. While there are still some hurdles to overcome, the team envisions development of a handheld device, similar to a pregnancy kit, that could cheaply, accurately, and rapidly diagnose an infection. With different fluorescent reporters, the system could even be used to test simultaneously for a battery of different diseases—or even the presence of a particular disease and whether the patient carries a genetic mutation affecting their susceptibility. Instead of a pregnancy kit, I like to envision Dr. McCoy’s medical tricorder.

Back to the ongoing situation in DRC, two different rapid diagnostic systems are being used to detect exposure to Ebola virus: GeneXpert and OraQuick. Both can provide rapid diagnosis—each within an hour. GeneXpert machines can be quite expensive, however, and require trained personnel to run. OraQuick is truly a point-of-care diagnostic tool, but the test detects whether the patient has antibodies to the virus, not the presence of the virus itself.

In the absence of alternatives, the OraQuick test would provide very useful information during the height of an ongoing epidemic. However, imagine a scenario where patients have been given the Ebola vaccine. In such cases, the test would be useless as a tool in deciding if patients should continue to be quarantined. For other emerging infectious diseases, such as Zika virus, antibody tests are unreliable because of cross-reactivity with other flaviviruses.

With its ability to precisely identify specific RNA and DNA sequences in incredibly small amounts, SHERLOCK could be a game-changer in point-of-care diagnostics. Yet another tool added to the rapidly growing CRISPR toolbox.